I’ve been studying the topology of, let’s say, less standard fuzzes from the boom of surf/garage music. Invariably on those searches, one is guaranteed to come upon the Mosrite Fuzzrite. I was surprised to see there seems to be quite the online debate regarding the “correct” schematic for one of those, so before getting the breadboard out, I set out to listen to a few of my favourite surf/garage tracks (a mixtape my old band made a long time ago, if you’re interested).

About halfway through, I had already abandoned all thoughts of making a faithful copy and decided on just making a fuzz pedal that had similar controls and the same vibe as the music I was jamming to. I finally went to the breadboard and was pleased to see that a lot of the old capacitors I’ve collected from taking apart old Hi-Fi gear have drifted to just about the values I needed to make this thing work. 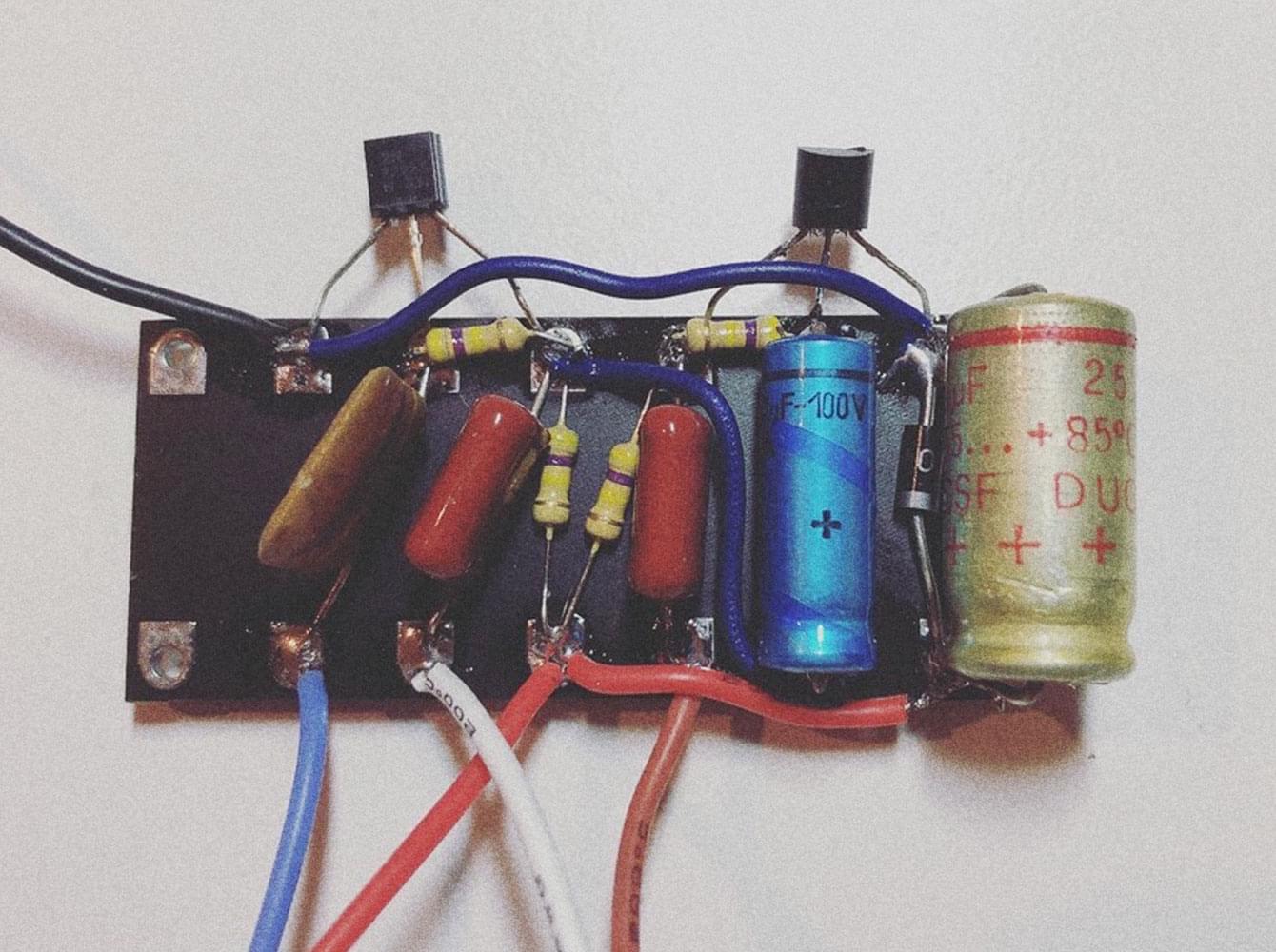 In the end, I had a rowdy Silicon fuzz that wouldn’t look out of place at a low-budget recording session in 1965 or thereabouts. Handheld demo with sloppy playing below, but you get the idea. 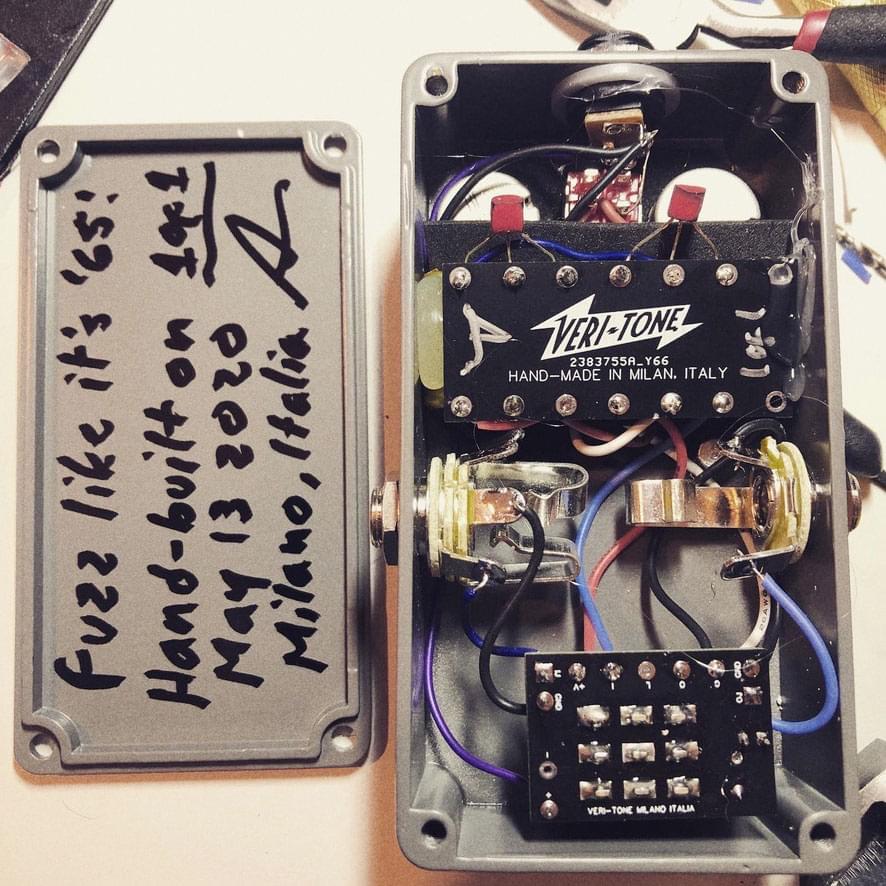