Exciting news: here’s our first one-off build since the relaunch of Veri-Tone here in Milano! It’s a simple transparent boost/overdrive with an option to add a pair of Germanium clipping diodes into the circuit (thus forcing a very Tweed-like overdrive sound). Without the diodes engaged, though, it has plenty enough gain to overdrive the front end of most tube amps (sadly I’m not able to try this on a Hiwatt). Tone-wise, it’s very transparent. It just takes what your guitar sounds like and makes it louder, without any attempt at tone-shaping.

I built this on one of the 2 surviving pieces of lugboard I’ve managed to find among the electronic stuff I brought over from America. The transistor is a NOS metal can 2222, but being silicon and still in production, I wouldn’t put too much value on the fact that it was likely built in Taiwan, Singapore or maybe even America or Japan rather than China, or that it was built some time in the 1980s rather than yesterday.

Here’s a demo through an AC-30. You can notice the loss in volume once the clipping diodes are engaged. This is normal, since you’re clipping off the ends of a healthy full waveform and there’s no makeup gain stage. Still, for a good rhythm tone, it’ll do nicely. The diodes are mismatched for that tube-like asymmetrical clipping. One is a 1N60, another a 1N34A. Both Germanium, naturally. 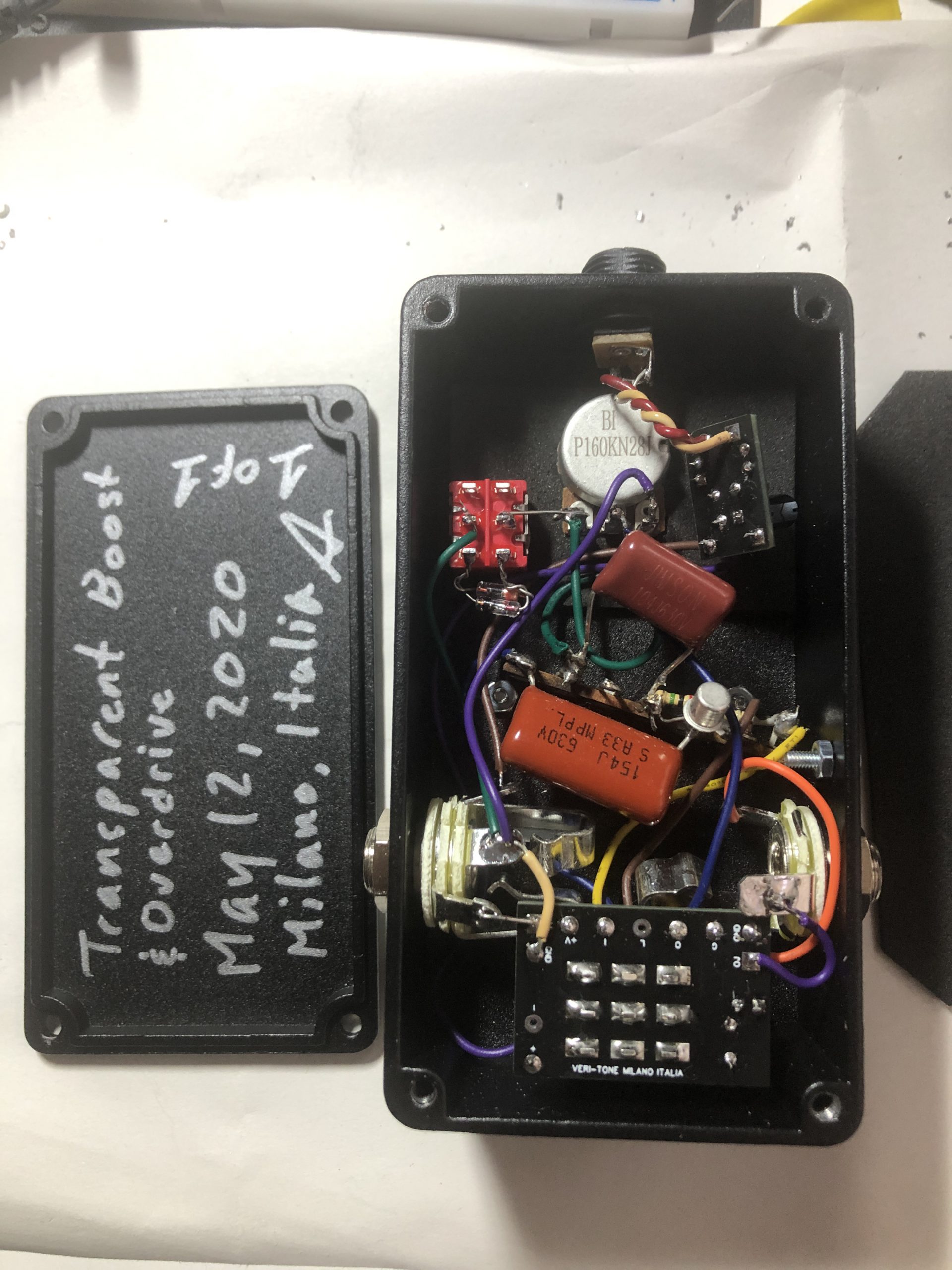