In the universe of guitar tone, there are many artists and performances that pedal builders can take as a reference. There are great pedals out there that will get you your favourite player’s tones, from Tony Iommi’s Rangemaster-into-a-cranked-Laney roar that brought Metal into existence, to Mick Ronson’s Tone Bender / Cocked Wah tone that provided the leads to so many David Bowie hits. Not to mention all the Tube Screamer variants out there that seek to get you closer to that mythical SRV mojo.

Me, I have a taste for the unconventional. And if it sounds a little ridiculous to call The Beatles “unconventional”, just stick with me here and you’ll hopefully get it by the end of this post.

The Beatles came of age as a group in a recording industry that hadn’t entirely adapted to the new reality of Rock’n’roll as the dominating genre. They recorded in studios and through equipment that was designed with the likes of Helen Shapiro and Shirley Bassey in mind — A singer, accompanied by an orchestra, rather than a 4-piece guitar-led band where all members sang (sometimes at the same time) and where the only percussion came from a trap Ludwig set.

Of course there were other guitar bands at the time and most recording equipment was suited just fine to record anything regardless of genre. Techniques were quickly developed to achieve some separation between the instruments and deal with those loud drums.

That was in the early days, though. For the sake of brevity and to get to the point of this blog post a little faster, let’s move on a little further down the line… 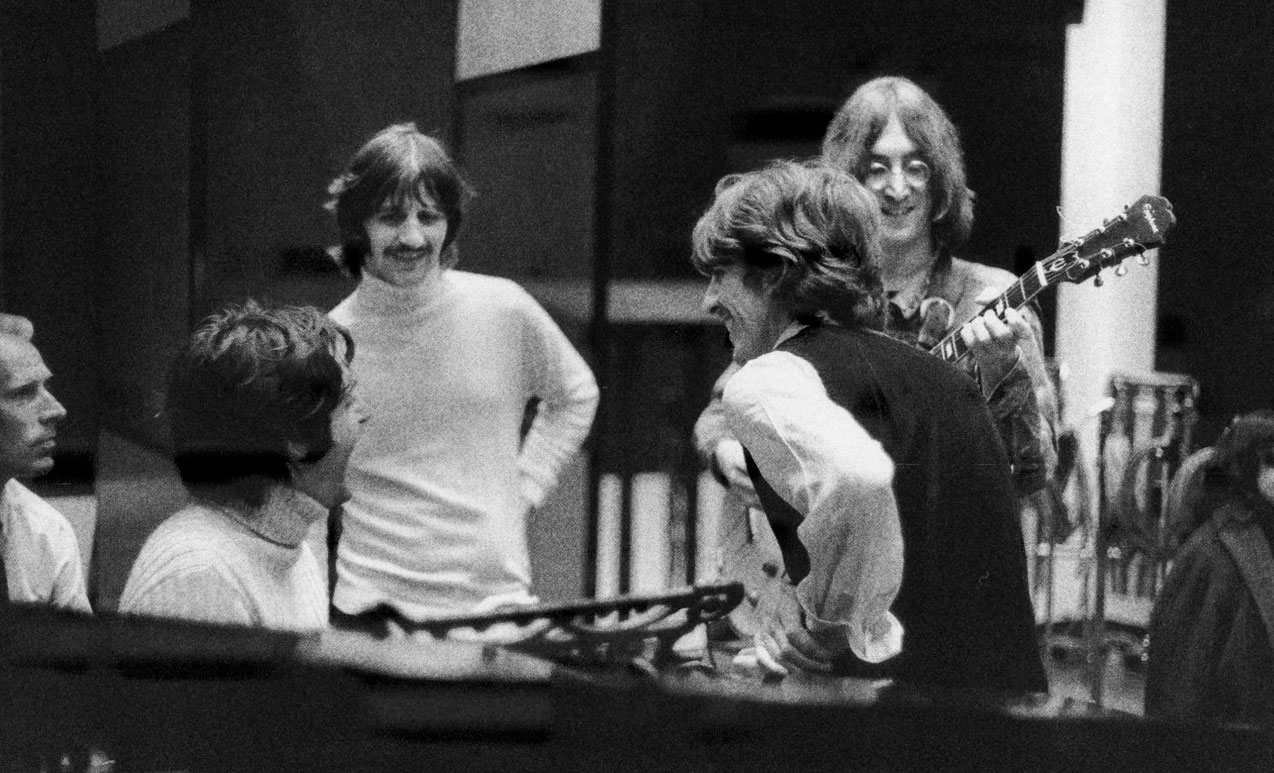 The year was 1968, and The Beatles had already been working on material that would end up on the White Album, including a slowed-down bluesy version of “Revolution”, led by acoustic guitars and a brass ensemble, as well as George Harrison plugged into a cranked Silverface Fender Twin, matching the brass and providing the odd bluesy lick here and there. But the recording process for the album was dragging on, and the label wanted a single. Paul McCartney had “Hey Jude” at the ready, while the other Beatles thought “Revolution” was too slow and unconventional for an A-side.

Lennon pressed on, rearranging the tune into a raucous blues-rock both faster and louder than the previous version. When it came time to record the guitars, nobody clearly remembers who had the idea of eschewing the Fender Twins and going direct into the console (one of EMI’s new all-solid-state TG12345s), but that’s what happened. Both Lennon’s Epiphone Casino and Harrison’s Gibson SG were routed through Abbey Road’s own mic preamps (in lieu of proper DI boxes) and into the console. This seems like nothing special these days, but Geoff Emerick, who was engineering the session said afterwards:

If I was the studio manager and saw this going on, I’d fire myself.

It was the brash, cutting fuzz created by the intro of “Revolution” that inspired me to create the Arcturus preamp. I didn’t set out to exactly copy an EMI mic preamp and the input section of a TG12345, but rather to recreate that sound, that harsh machine-gun fuzz that sounds like it’ll set your speakers on fire.

Most mic preamps at Abbey Road at that time were still using tubes, as opposed to the console, which was the first of its kind built all with transistors. It wouldn’t be feasible to get that amount of gain out of a tube in a pedal (well, not safely anyway), so the first gain stage is a high-Z single-ended MOSFET design, with two preset biases — one just below and another just above its saturation threshold. MOSFETs respond very similarly to pentode vacuum tubes when driven hard, so this seemed like a good choice, given that Geoff Emerick had explained that the mic preamps in the “Revolution” session were kept just on the verge of saturation, before going into the console itself.

For the console preamp, which was solid-state as mentioned before, I chose to go with a Class-A common emitter design, using a mid-gain NOS Germanium transistor as the gain device. I biased the transistor so it would let a clean, symmetrical waveform through if not driven too hard, but to clip only slightly asymmetrically when overdriven. This was done on purpose to create some of the roughness heard in the intro of “Revolution”.

Coupling both gain stages is a Triad steel core transformer. Transformers normally are used in audio circuits to isolate one part of the circuit from the other, while still allowing signal to pass through. When driven hard, however, the core of the transformer fails to cope with the magnitude of the magnetic field being created, and begins to saturate. Transformer saturation creates distortion that is normally described as ‘gooey’ or ‘creamy’, because it’s inversely proportional to frequency — so you get that nice and warm midrange distortion without the shrill artifacts on the top end.

Anyway, that’s how the Arcturus came to be and I hope this outline of its topology serves to explain how it can be so versatile and create so many different tonal nuances. This article is also (hopefully) the beginning of a series in which I explain my obsession with some of The Beatles’ equipment and my attempts at recreating some of their signature sounds in pedal form.